“THE GLOBAL ART OF MIXING”

This time, they'll be rocking at Mist club, bangsar on the 18th of September!! *good la before midterms! cant waaaaaaaaait!!! :p

Define party: *checks wikipedia* Ugh I don't care whats the real definatation of party BUT ALL I KNOW IS, I WANNA PARTY AT A PLACE WITH CROWD, ALCO && MUSIC!!! (how can one live without good musics?!!)

Talking about crowd, this time they will be estimating a rough figure - 800 people!! WOWW!! Imagine partying with such people!! Cant wait to bump into familiar faces :) :)) 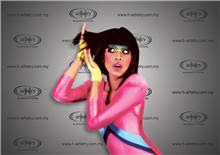 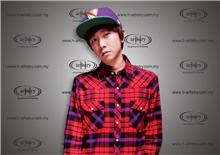 These are the few pictures I've got from the web,
yes there are all gonna perform on that night itself!!!
Let me just intro you my fav two:
Zei, a Malaysian electro-pop singer; that recently released her own album, "I am Glam".
DJ Nesh, that have played with DJ Fluke and Nick Toth internationally, collaborated with the Teh Tarik Crew and MC Vandal locally, and is currently the resident DJ at Euphoria by Ministry of Sounds.
(omg! I didnt know Jay Chou has performed in Hennessy Artistry before in other country!!!! AWWW!!! See how impressive it is can you!!!!) (
(Jay Chou can come to Malaysia more often ahh?!!) T______T
Okay, now this is the thing, HOW TO GET YOUR PASSES?!
Its just by invitation ONLY.
So, log on to www.h-artistry.com.my now!!!!
See you awesome peeps there!!!
Don't forget to follow me on Twitter.com/adelechow :)))
at 23.8.10 No comments:
Newer Posts Older Posts Home
Subscribe to: Posts (Atom)