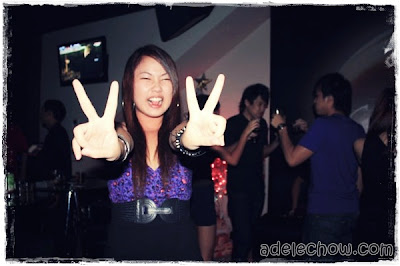 MERRY CHRISTMAS IN ADVANCE TO MY DEAR READERS!!

Anyway, I'm so happy because...

1) Rmb the date I went few days back? Neh that one at Pavilion one!! (:
Lol, its Jay Chou's movie- The Treasure Hunter showcase function la. So yeah, Hui Bin & I went early to support myJAYsian, which is our Jay Chou fans club in Malaysia. 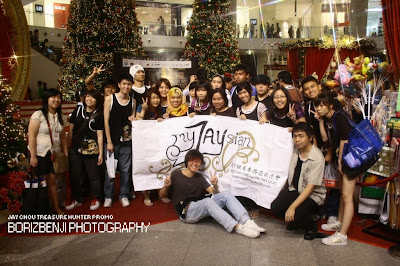 Part of the myJAYsian members after that event.

I was one of the early birds in Pavilion hence the good spot. Good spot as in, the FIRST ROW from Jay's right hand side!!! (: (: HE WAVED AT US, TWICE! The best part is, he saw our jersey as I was holding it up high along with our LED card boards (:


P/S: My chapalang HANDPHONE camera took all these photos, those with my own watermarks. Yes Sony Ericson k770! Somemore the zoom rosak already so basically all these pictures are taken without ZOOM- IN. 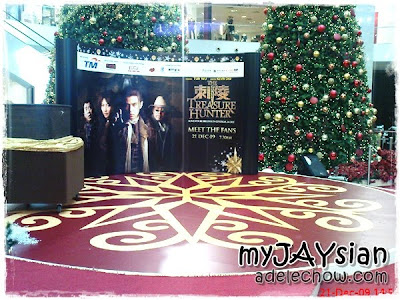 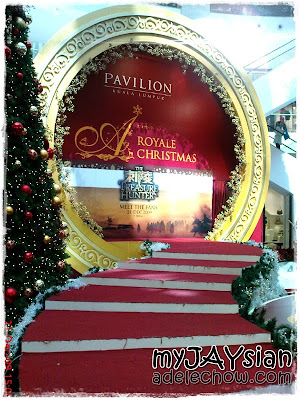 The stairs where he walked down! (: 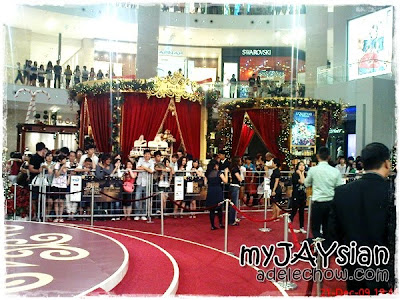 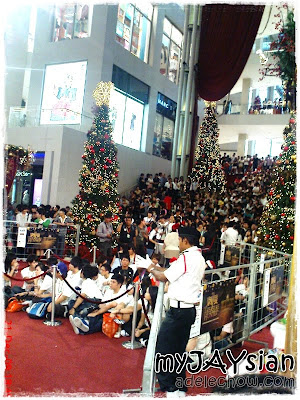 Jay is always late, haha! It's already his style! I remember all the previous events I went, the waiting part is the part that I'll NEVER FORGET. However, when you see Jay appear, everything is worth it, like really really worth it!

The thing should start at 7.30pm, YES AND HE CAME AROUND 8.15pm! (:
I was too busy screaming and shouting like a mad woman, waving at him so badly(thats why he spotted us okay) hence no pictures were taken T_T But nvm la, I rather look at him with my own eyes can have eye contact somemore!! 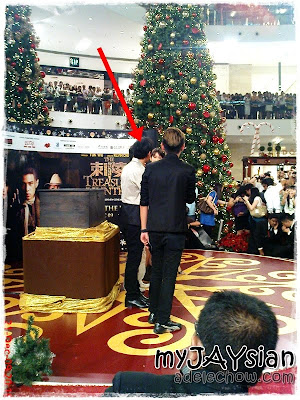 The ONLY picture I took. Yes I'm THAT NEAR to him! Wahahha!!!
HELLO NEVER ZOOM IN OKAY!
Although you cant see his face la, but thats him la for what I lie lol.
P/s: Will update more pictures as I get them for myJAYsian forum.


2) I went to Singapore the next day for JAY CHOU again! Muahahaha!! :D
Yes, Hui Bin, Kar Shie, Tracy & I went S'pore the next day but due to our bus timing, we reach Plaza Singapura around 6.30pm!! The crowd was crazy!! I can't even find a spot where I can stand! D:

My motive is just to SHOW JAY CHOU the LED card boards because I know he saw it that day at Pavilion! Guess what? We did it!!!! :
Jay saw our card boards and he twisted his head over the left side twice some more! (:
But I did not manage to see him la, cause I remember everyone in front of me are taller than me SIGH! 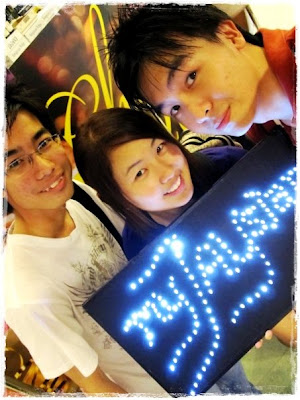 See, its myJAYsian's LED card board!
Oh its HP on my right & JOSH on my left though (: 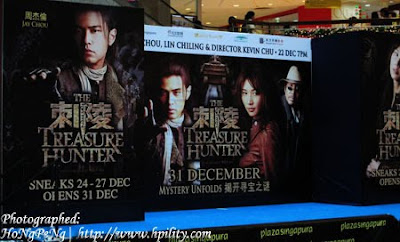 The stage in S'pore 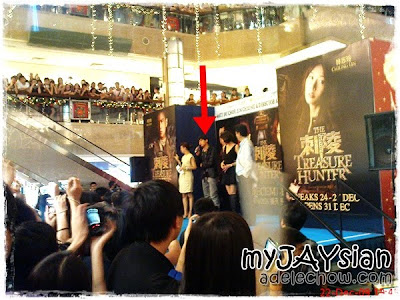 Same thing, I can't zoom in so thats what I got la.
I'm happy already actually, very very very happyyyy (:
3) Shopping madness @ S'pore omg. I love S'pore seriously!!!
I will blog about this in details but meanwhile, look at these things!!!!!!! 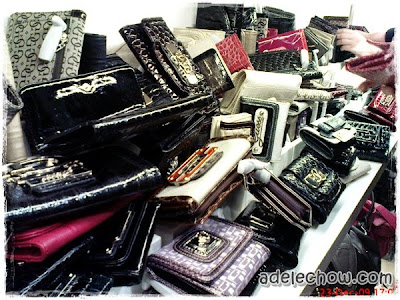 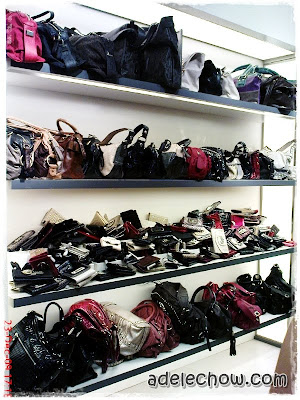 The conditions are still damn good one lor! 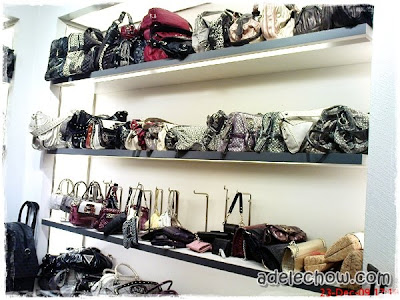 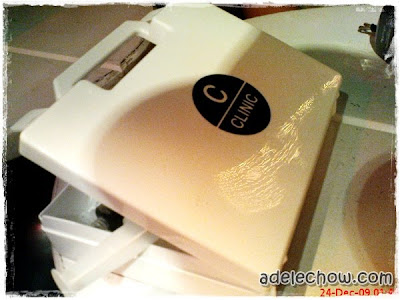 Oh I went Clinic too when I was in S'pore :( 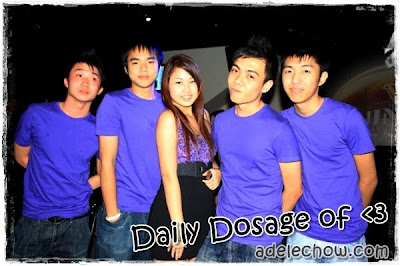 Last but not least, Kok Hoe's 18th birthday party.
It was a blast, you'll see updates about it soon!
AND THIS, a picture that includes ALL OF US (:
The purple loves, ♥
__

The Pavilion One is being featured in NHK. Merry X-mas to u and ur family!

NLE RESULT: thanks yea! (: same goes to you too!