It's the month of June already!

Everytime when it's the month of June, you know half a year has gone and you're now left with only 6 months before the year ends! T_T
And usually after June then time sure pass even faster lol.

I'm travelling to Australia this June hehe so I thought why not do as many blogpost as I can before my picture starts flooding up (sorry not sorry :X)

And June is my two CHS-bestie's birthday month,
so I would love to dedicate this blogpost to the both of them
- Jia Yann & Siew Cen.

Thanks for being such a great host to me during my first few days in London, you guys made the starting of my Europe trip so wonderful :') 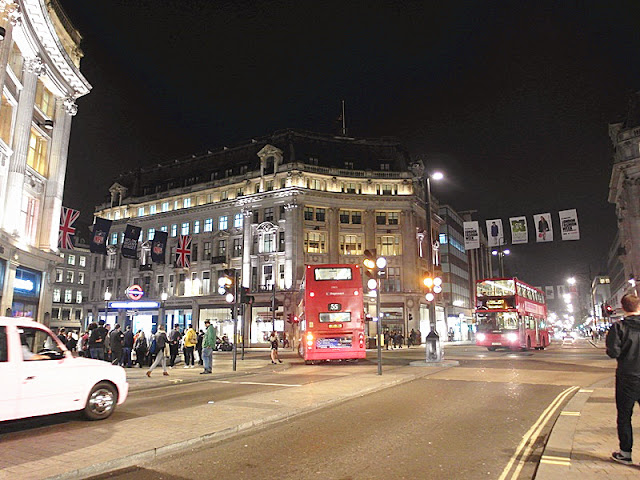 #LondonMustVisit : Oxford Street!
The whole stretch was filled with brands after brands, so many retail stores with awesome atmosphere.  Just by looking at this picture, makes me miss LDN so much more :'( 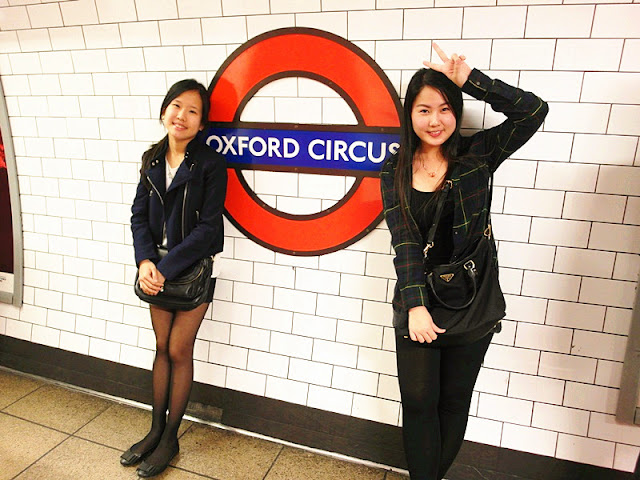 Heh just another picture infront of the tube sign.
That's Siew Cen beside me. My very lovely host that took care of me for the first 3 days in London x 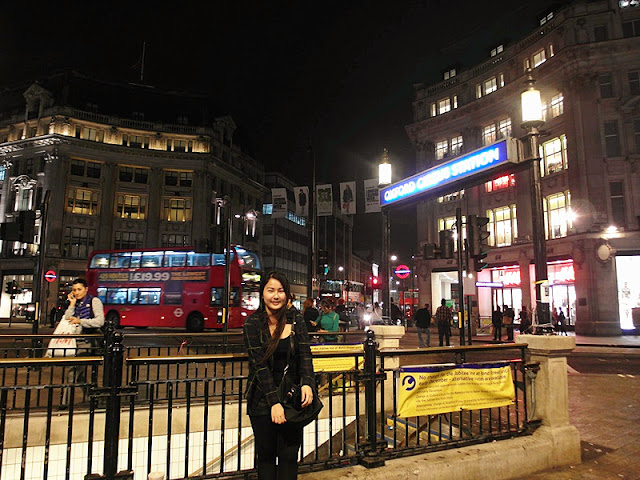 We got off the tube station and I had to take a picture!
Look ma, there's a RED double decker! I look like crap after a long day but still must take picture :D

This was during our first day, after our Burger and Lobster dinner.
It was such breezy night and I was in awe - can't believe I was actually THERE, LONDON, MY DREAM PLACE.
Yes until today it is still my favourite place. 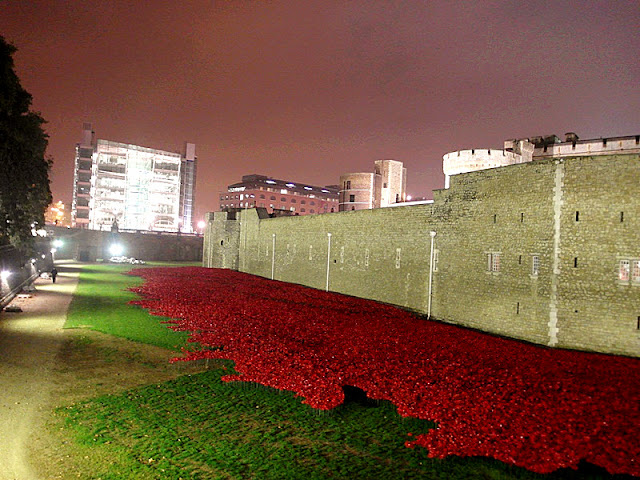 After dinner, we decided to walk around tower bridge and if I'm not mistaken, this is the Red Sea to commemorate those soldiers who died in World War II - haha it was plastic flowers on gel like that la. 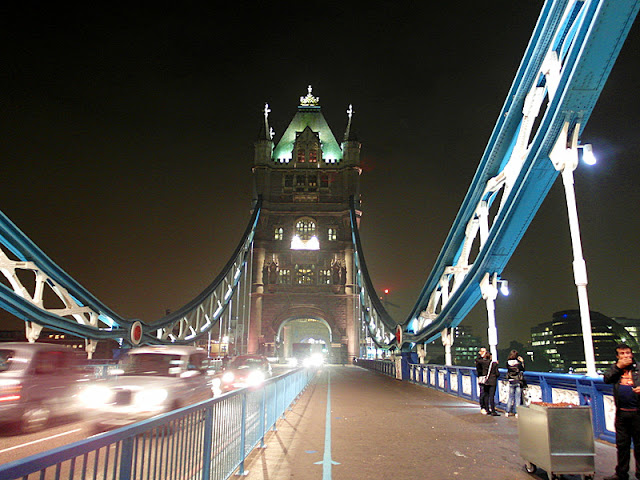 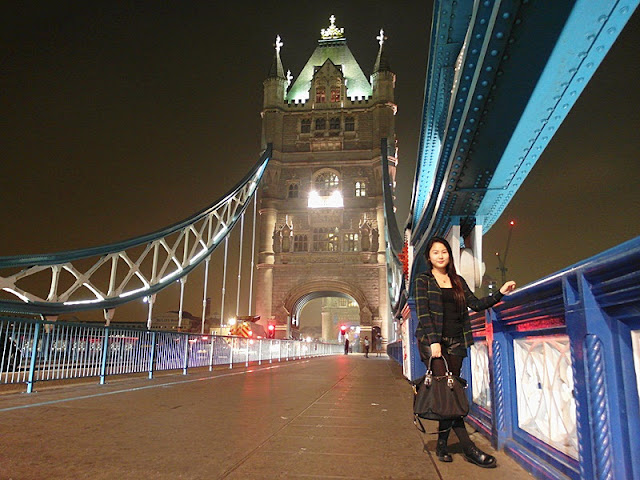 I am on the Tower Bridge! :D
It is one of my DREAM to be here ahhhh looking at the pictures makes me wanna fly back to London now.
No, not exaggerating! 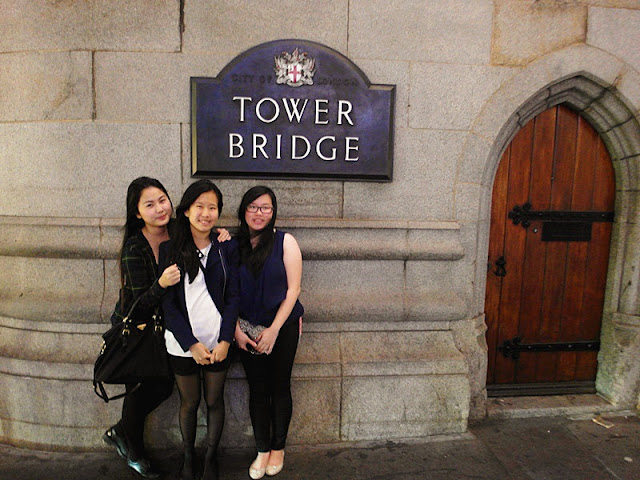 We just had to take a picture behind the signage.
Haha the weather was so awesome that night, and I literally stood there and ask those passerby(s) to help us take some photos! 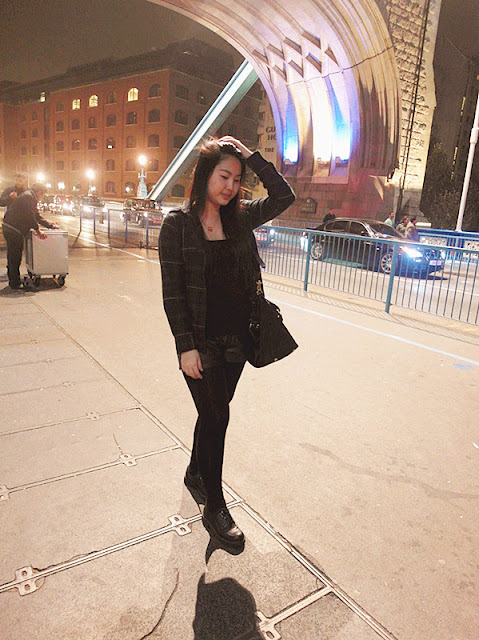 Because we are each others' photographer. 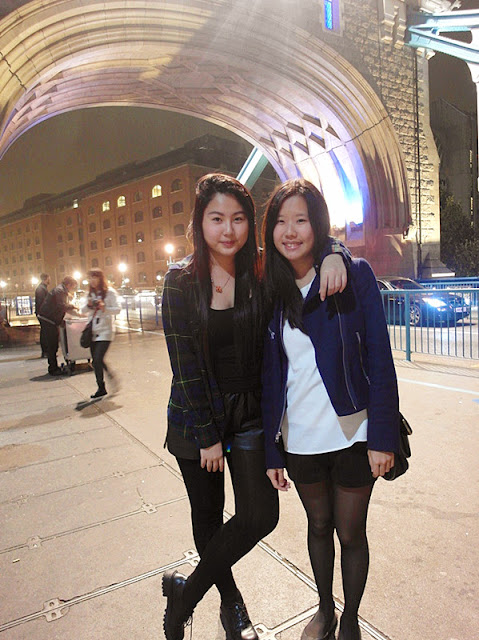 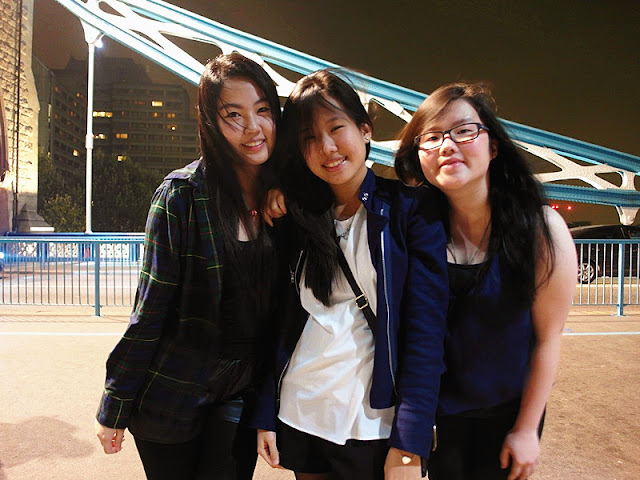 Self-timer at it's best!

We don't meet or talk all the time, probably only once a month (?) but I'm very happy to have them in my life - not forgetting Ru Jing - we had very very memorable moments together during our Chinese PBC/Debate days. 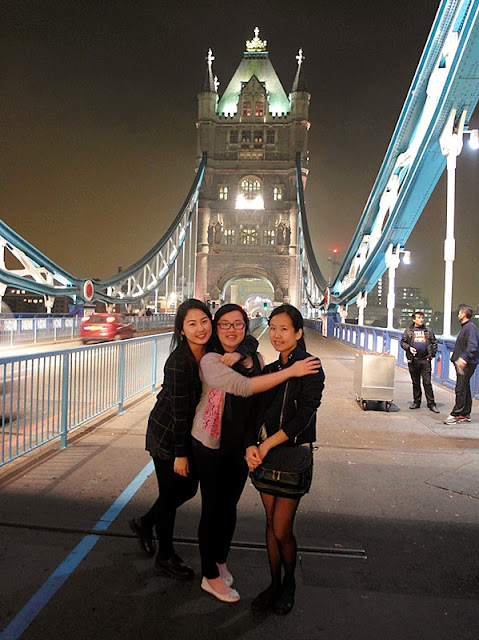 I couldn't ask for a better companion to start off my Europe trip!

Both of them were studying in the UK and they have definitely been to these places, but they brought me there again T_T *gandong max.
Haha I like how this pic looks like we are inseparable - me holding JY's neck, while JY holds on to SC's shoulder lololol. 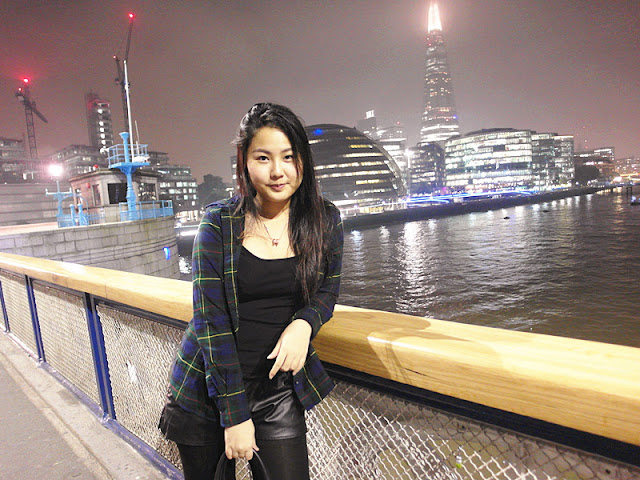 Me on the bridge overseeing the River Thames -
The River Thames is a river that flows through southern England.
Do you know it is the longest river entirely in England and the second longest in the UK! 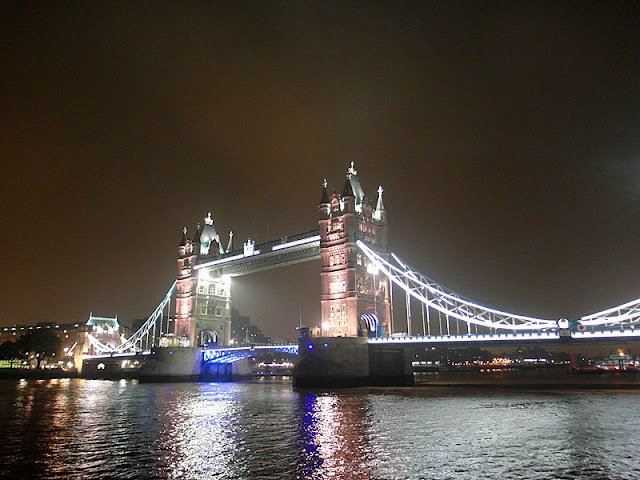 May I present to you....
The beautiful pink Tower Bridge!
It looks so magical like some princess is stuck on top of the tower like that hahahaha. 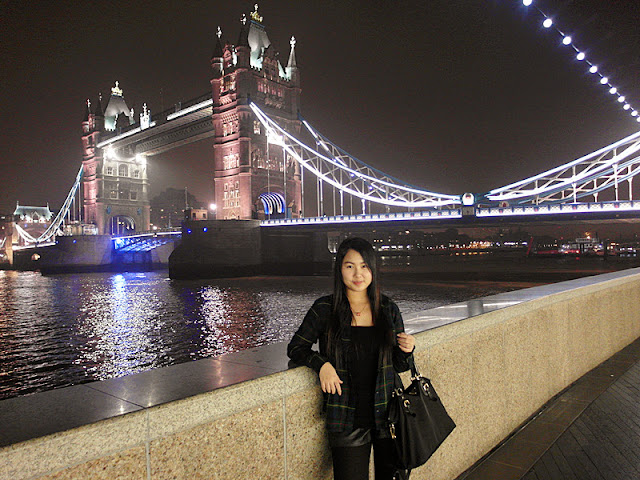 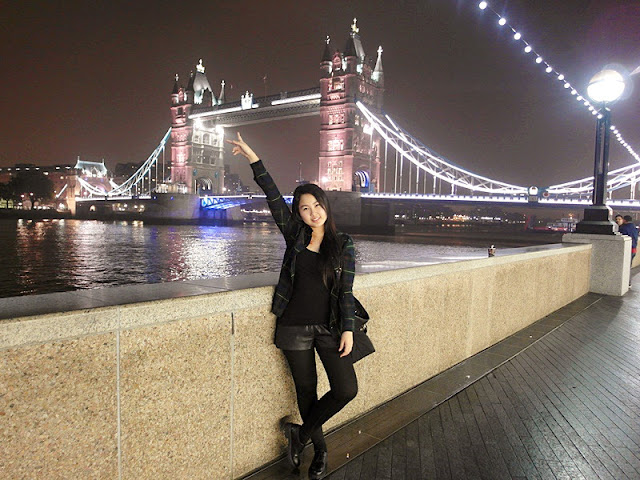 So, so, so IN LOVE with this place!
Thank God we went during the night time - the whole place was so romantic T__T 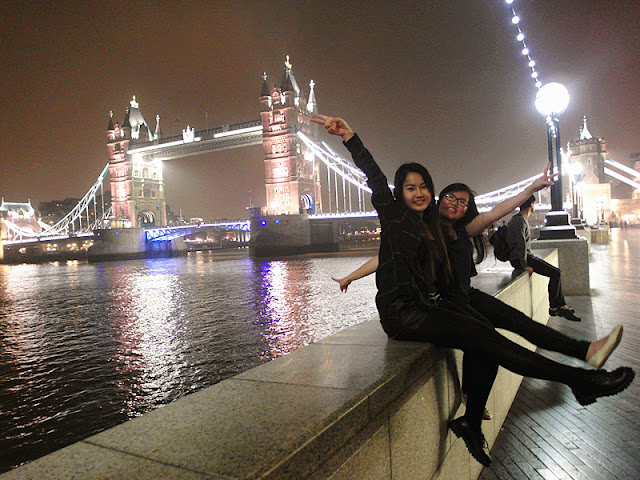 There are actually so many funny shots of us -
from hopping up to sit on this, to taking multiple jumpshots!
That's me and Jiayann looking sampat and happy hahaah 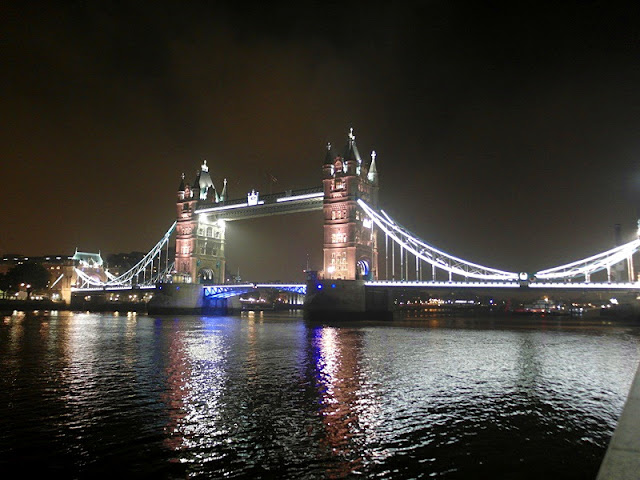 3 of us were just walking around the river, looking at this view, talking about silly stuff and realizing how much we have grown and the different path we have embarked on...

I really had such good time that night :') 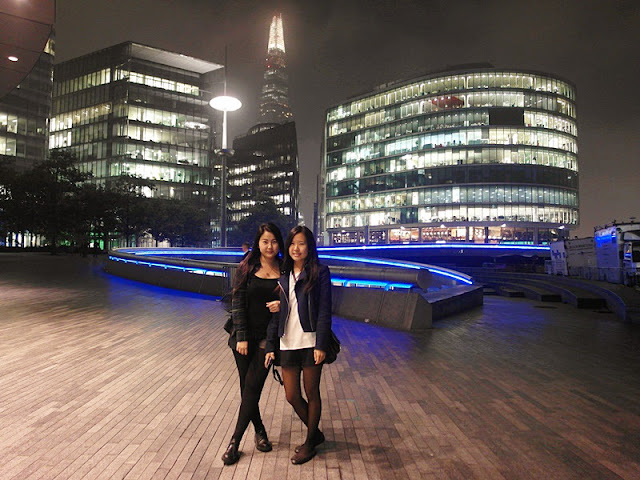 But it's not the end!
Heh told you we don't have photographer.
JY being our photog again, and thats Shard, also referred as Shard of Glass - one of the most magnificient building in London that's 95-storey tall - behind us :) 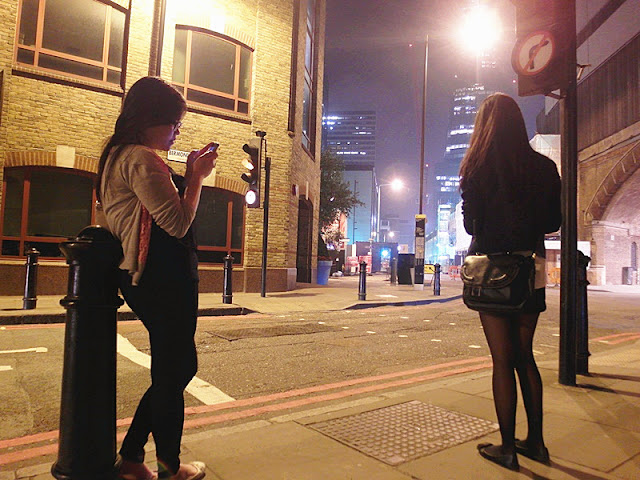 .. and the night ended with a picture of the two ladys waiting for our UBER to go home. 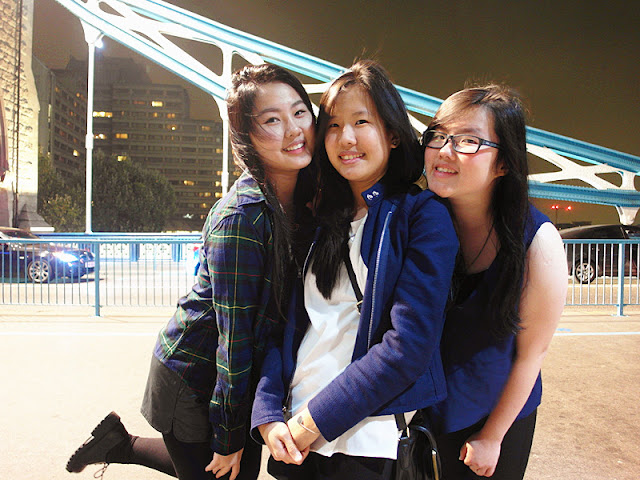 Happy Birthday to both of you June babies, we will meet very soon teehee!
Just want you both to know that you'll always have a very special place in my heart, although it may seem like I have embarked on a different journey in life.. But I still cherish our friendship very very much!
OMG I AM SO CHEESY I MUST HAVE ATE TOO MUCH CHEESE LATELY OKBAI.